Pilipino Association of Workers and Immigrants

San Jose, CA–The Pilipino Association of Workers and Im/migrantS (PAWIS) stands in solidarity with Anna Nepomuceno, a Filipina immigrant who is fighting to keep her children safe from their sexually abusive father.  A mother of two, Anna confirmed that her then-husband Jeremy Faust had been sexually molesting both of her daughters, Nichole and MacKenzie.

In 2013, Nepomuceno reached out to local social services and successfully obtained a permanent restraining order against Faust.  Nichole, 17 at the time, was from Anna’s first marriage, and MacKenzie, 5 at the time, was fathered by Faust.  Once the couple’s divorce was settled in 2013, Nepomuceno received full legal custody of MacKenzie, and Faust was allowed supervised visits.

In 2014, while Anna was in the Philippines visiting her ailing father, the Napa Court lifted the restraining order against Faust and gave him sole custody of MacKenzie.  The Napa Court, neglecting the safety of the child, disregarded the fact that the court-appointed therapist had identified an unsettling dynamic between father and daughter, and the MacKenzie’s fear of her father.

Upon Nepomuceno’s return, she was arrested by authorities at the San Francisco International Airport. Anna was charged with contempt of court and jailed for over two months for refusing to overturn her MacKenzie to Faust, the daughter’s purported molester. When Nepomuceno was granted bail, kidnapping charges were added to her conviction.

We recognize this case is not an isolated incident.  The mass out-migration in the Philippines is due to poverty, joblessness, and mass corruption. Due to forced migration, many Filipina migrant women and their families are susceptible to varying forms of abuse, including the sexual abuse of children.

All im/migrants and their families deserve justice, dignity, and proper services and protection from the Philippine and U.S. governments.  Through PAWIS’s participation in the Santa Clara County Wage Theft Campaign and the campaign to win votes and support for Migrante Partylist in the Philippines, it continues to organize workers who experience or have experienced wage theft, human trafficking, lack of access to healthcare, sexual assault, etc. We must continue to organize our communities to support Anna and other families facing these conditions!

PAWIS member, Karen Sacdalan, expresses concern. Sacdalan states, “We in PAWIS are united to uphold the call for justice for Anna who we believe has not been treated well of her right as a mother and as a dignified citizen. Her feat to protect her children from sexual abuse in her own household where she is now being imprisoned, is enough evidence of the injustice she is suffering from.”  Karen continues, “We have the responsibility to exercise due diligence to defend the supposed victim, but with the turn of events, this mother whose only desire was the safety of her children is now being wrongly accused of alleged kidnapping, making these children become more vulnerable to sexual exploitation.”

According to the National Center for Victims of Crime, 1 in 5 girls are sexually abused.  In a study done by the Asian Pacific Institute on Gender-Based Violence, they found that 56% of Filipinas have experienced sexual violence by an intimate (family/friend).

Like all mothers, Anna continues the fight to protect her children.  It is an uphill battle given the mishandling of the molestation charges and the criminalization of a mother’s effort to keep her children from harm.  Anna acted out of the necessity to keep her daughter safe from the known sexual abuser.

It is important that as a community we come together and support all mothers in their pursuit to protect their children. Join us for a day of action on Monday, March 21st at 8:30am.  We will fight for workers’ rights, immigrant rights, and human rights! (Location: Napa County Superior Court, Dept G/H, 1111 3rd St. , Napa, CA 94559) 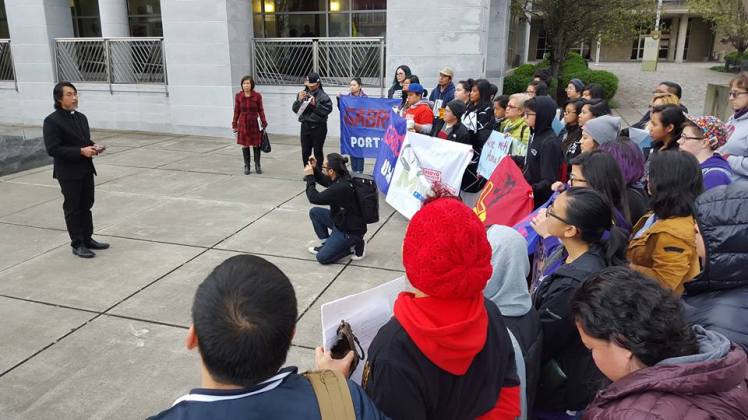 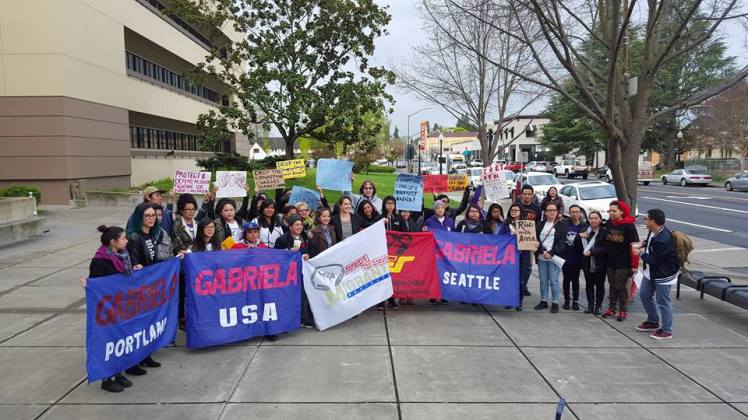 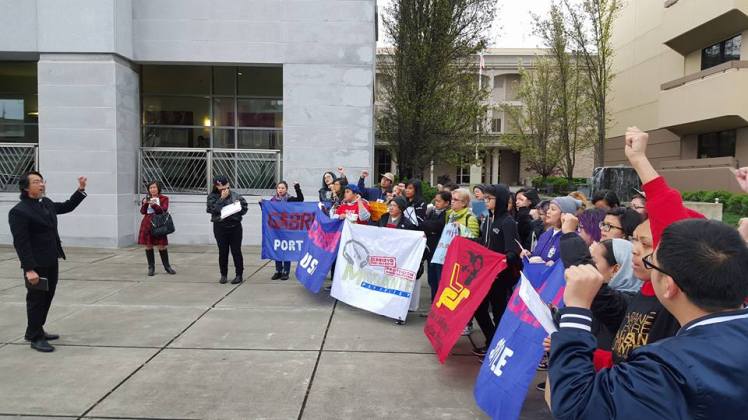 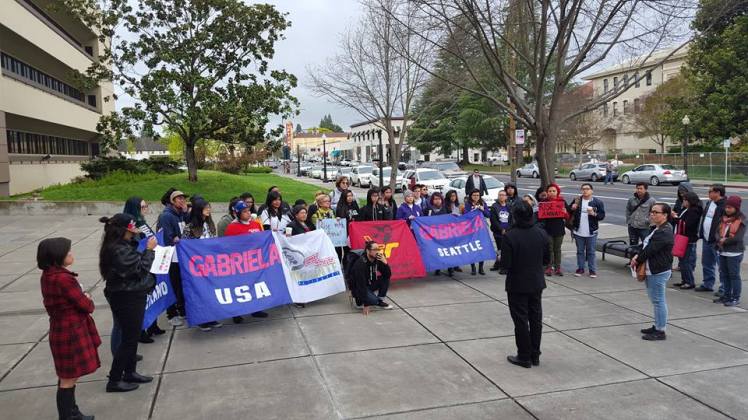 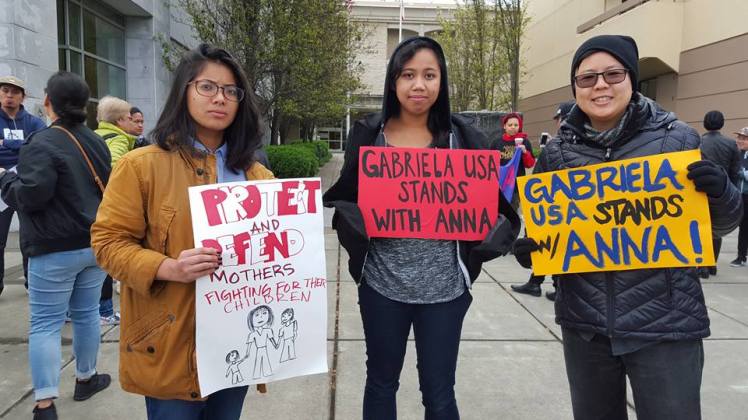